It happens like this every year – the race feels like it has only just started and you wake up and find you’re more than halfway through the week. The fastest guys are now close to three and a half hours on the clock while the riders at the rear of the field have over seven hours of racing under their belts. Luckily the trails deliver the goods regardless of your pace, so whatever the speed, riders are all hitting some amazing terrain, the sun is shining and the race moves forward. 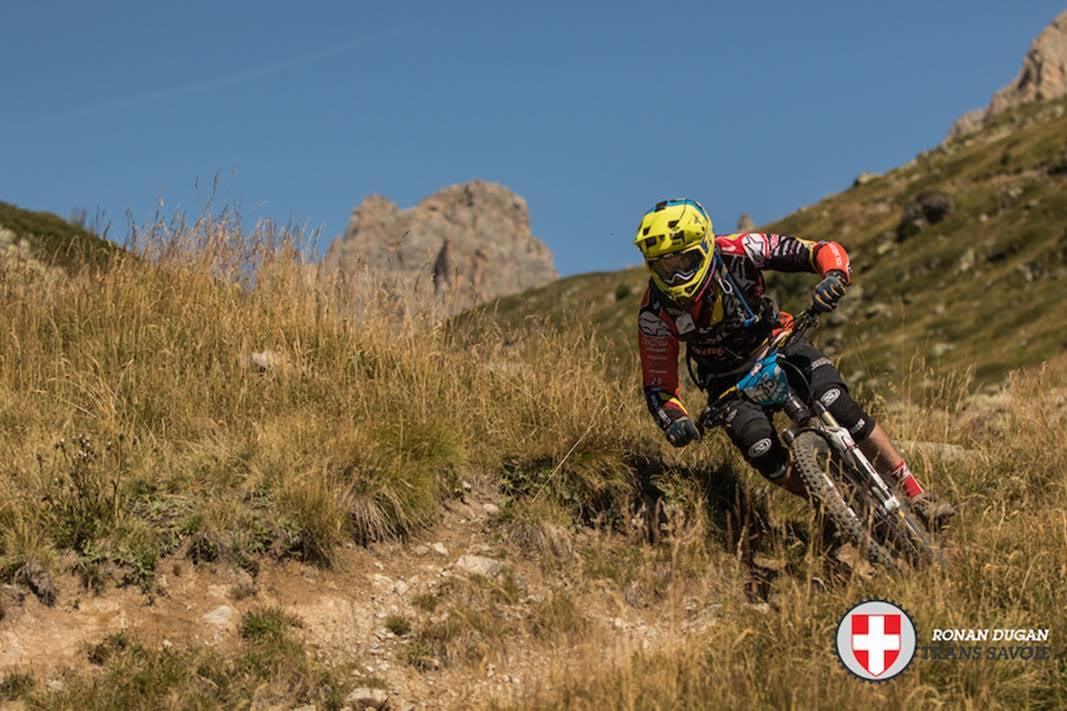 Jamie Nicoll is in third position after almost three and a half hours of brutal downhill.

Heading out from Bozel the riders got to stretch their legs on a climbing liaison up towards the lifts of the 3 Valleys – one of the biggest ski areas in the world. 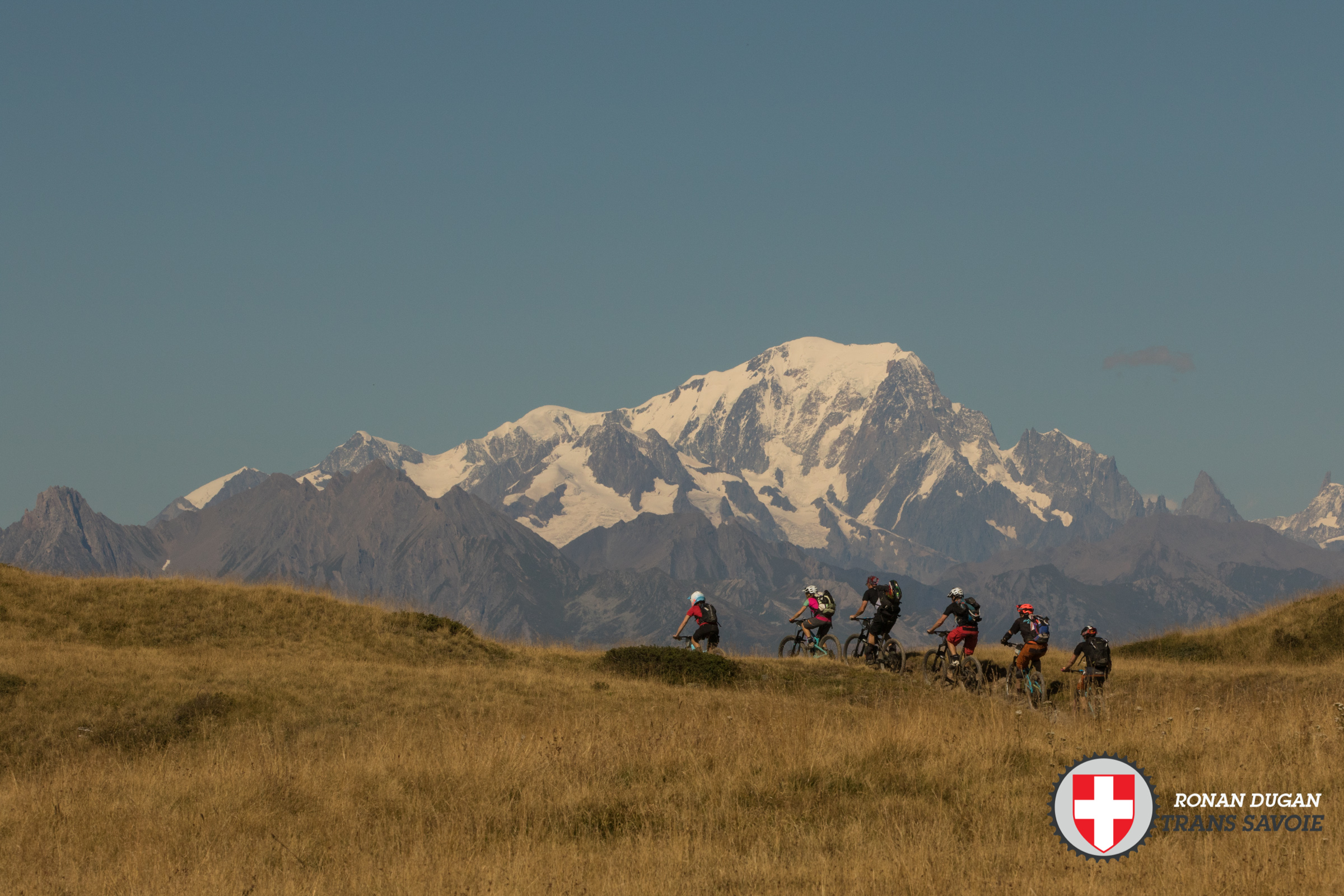 Long before winter sports got started in the area, farmers, pilgrims and villagers built up a huge network of paths and trails and these are the treasures Trans-Savoie has hunted out over the years to use in the race. 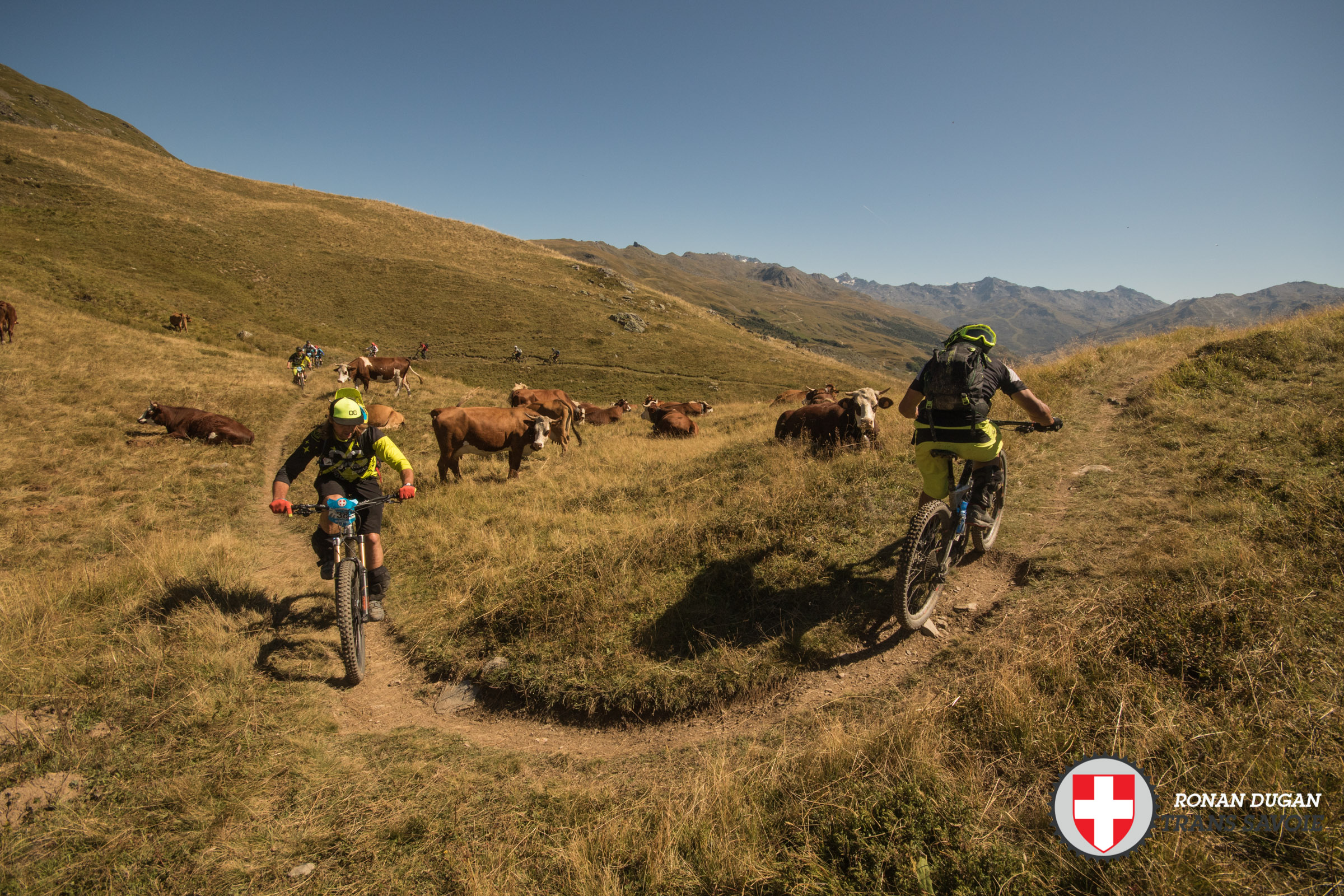 One of these hiker paths is the first stage of Day Four, and the hardest of the entire week. ‘Ornamental’ is a steep as hell technical puzzle with rocks so big it’s more of a case of carry your bike and clamber your way down it for most of the field. The best few riders take on almost the entire initial boulder field, but you need big cajones and some serious trials skills to not get ejected over the front if you’re going for it. 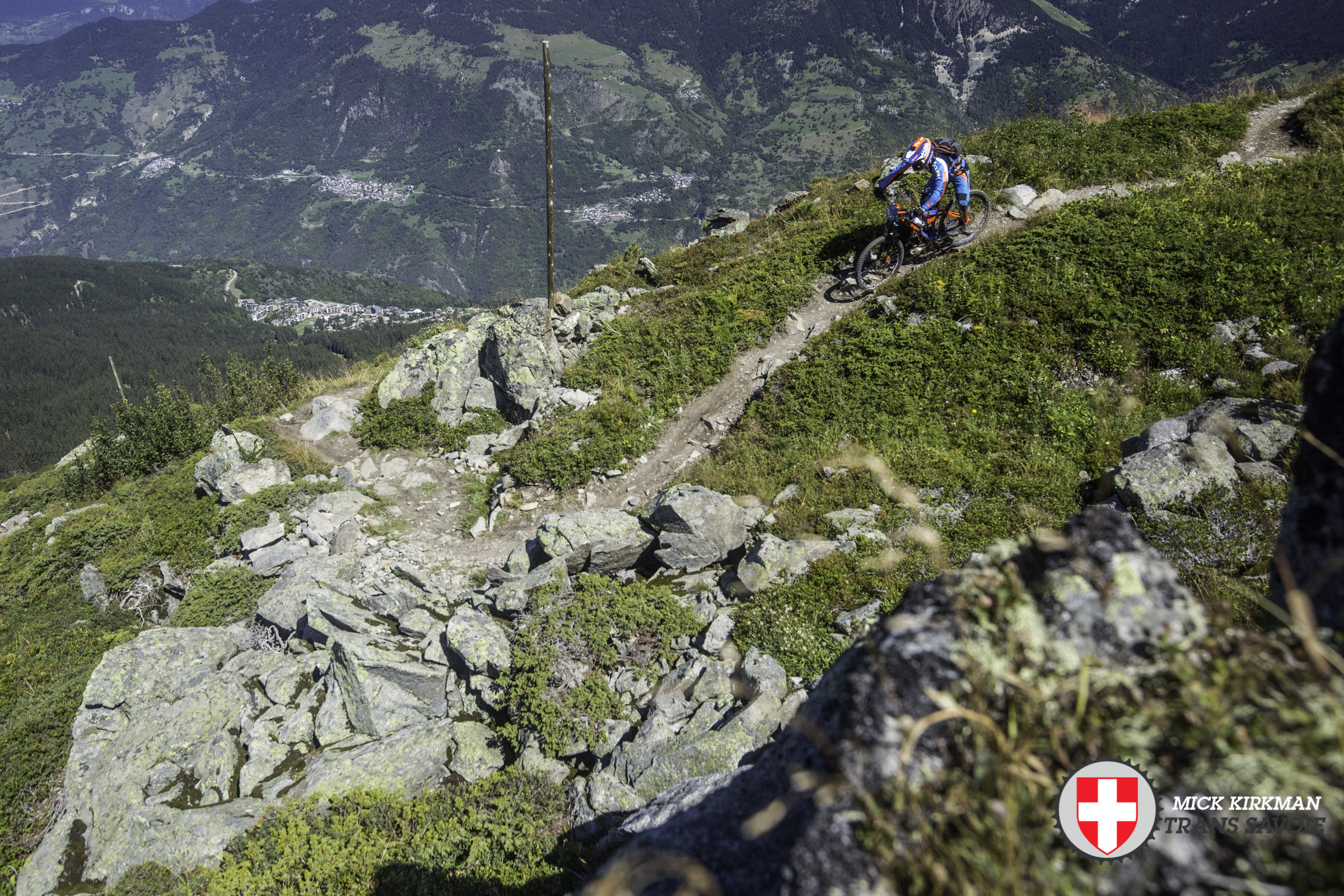 The chaos calms down once you get out of the rocky section and into fast, rooty loamy woods down towards Meribel. BMC racer François Billy-Maître showed the trail who’s boss with the fastest time yet for this stage in the Trans-Savoie. 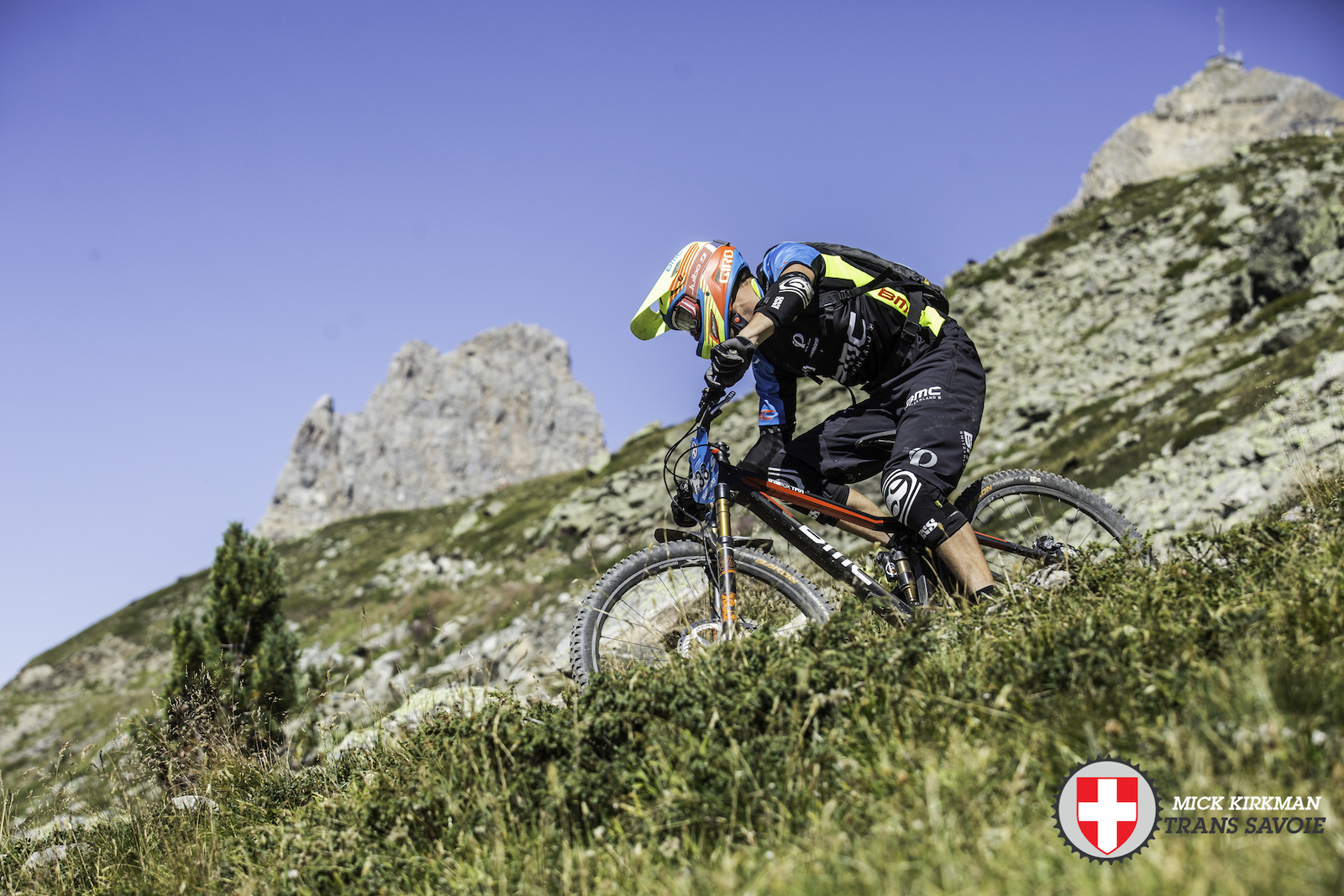 29-er for the win – BMC racer François was the fastest on the hill today.

Stage 2 heads right up to the top of Courcheval and is a mixture of high Alpine singletrack with loose stones and rocks at first then a never-ending blue trail which is tough on the body with its hundreds of berms and features. 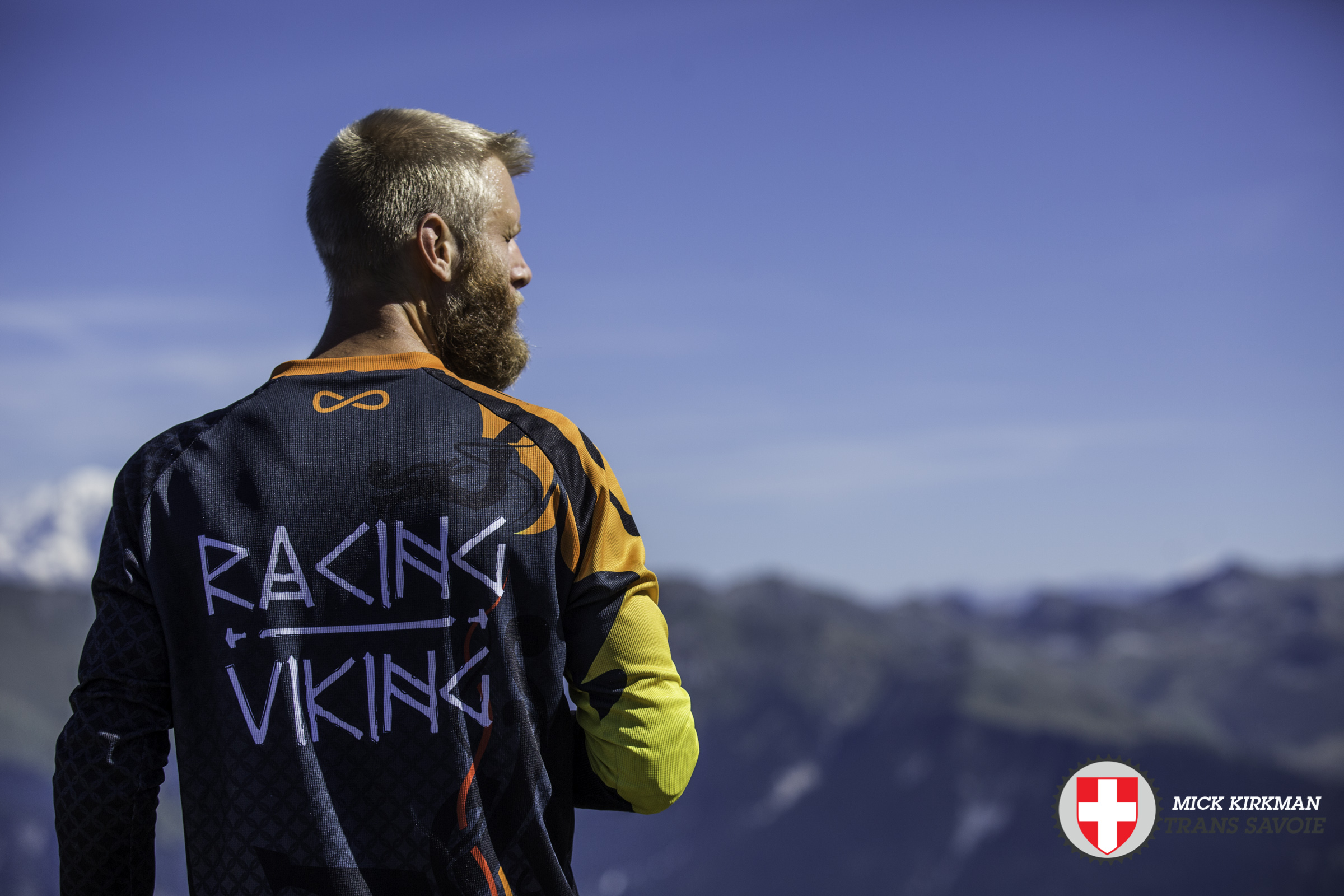 After lunch, the sunny day was at its hottest for one of the most pedalling stages of the week, which headed down into a beautiful valley out in the backcountry before climbing back out. The next traverse follows a stunning ridgeline that is pure classic French Alp scenery, and with 360-degree panoramic views and late afternoon sunlight there aren’t many better places you could be. 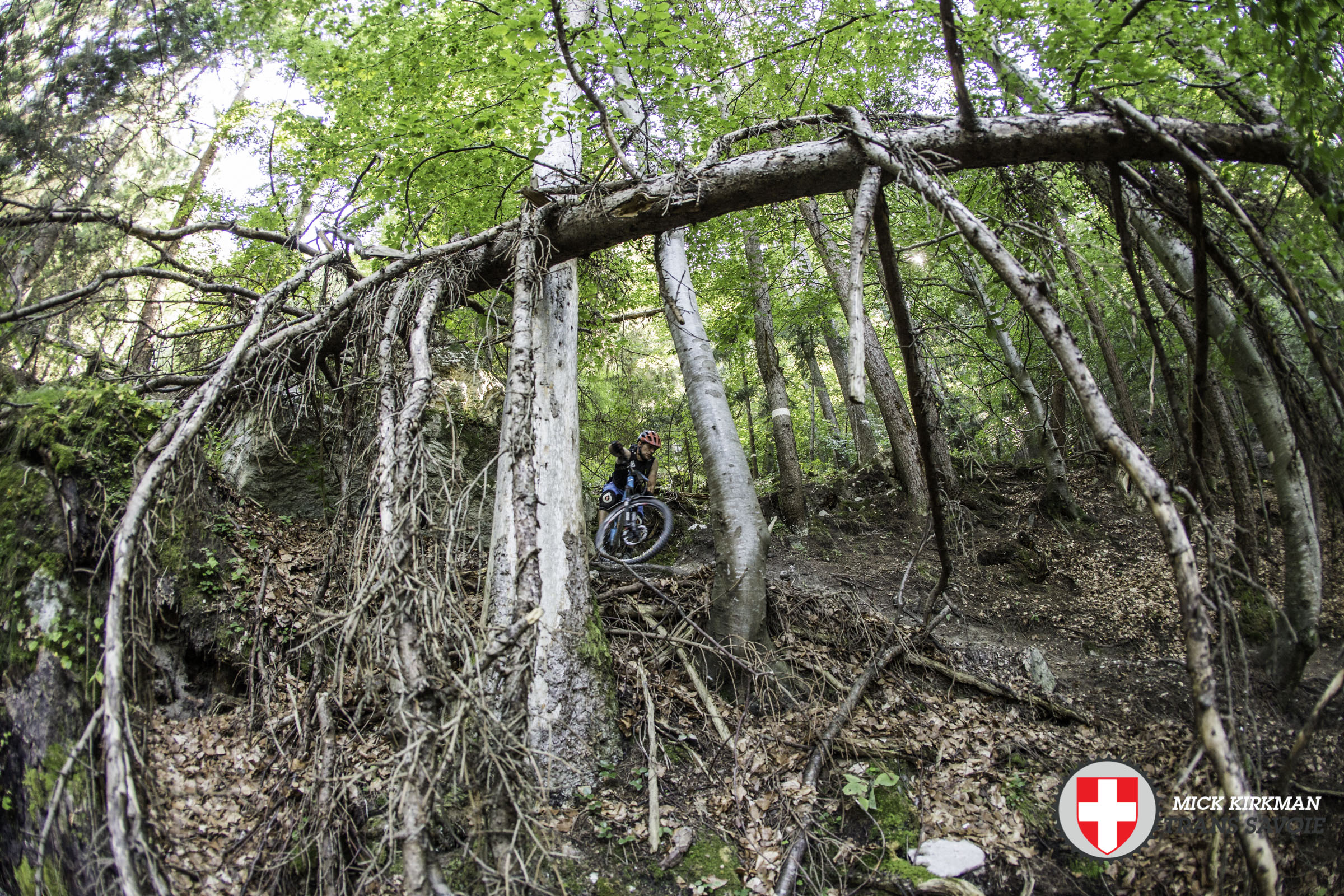 That is until you head into stage 5 and 6 and hit up the loamy forest and leaf-covered trails down towards Bride-Les-Bains that offer some of the most amazing riding in the region. For loads of people that work as guides in the area or are involved in organising the race, this forest is an absolute favourite. It simply offers the magic formula of amazing dirt and loam with a flow that’s hard to believe wasn’t made specifically for mountain biking – fast as hell with good lines, but relatively smooth and non-technical with the exception of a few tricky roots, tight turn, and rocks jutting out. Swooping black lines to infinity through rotted foliage will be imprinted on a lot of riders’ eyelids going to sleep tonight judging by the reactions at the end of the day. 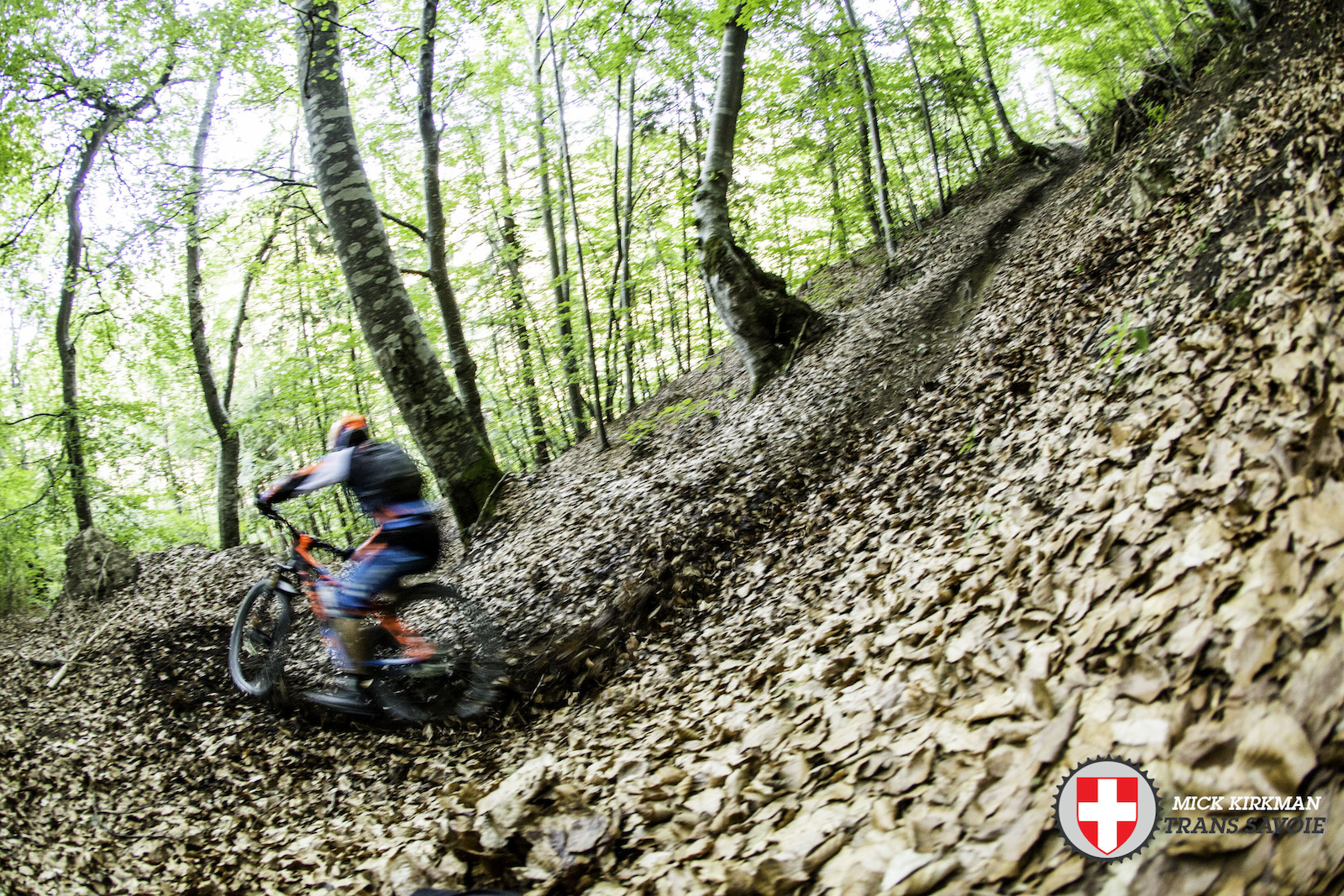 Nico Lau shreds one of the best trails in the Alps (according to nearly all the racers at the end of Stage 5).

Another one from Stage 5 – “Loam Ranger”. We spotted some prototype Fox goodies on Ariel Lindsley’s bike too. 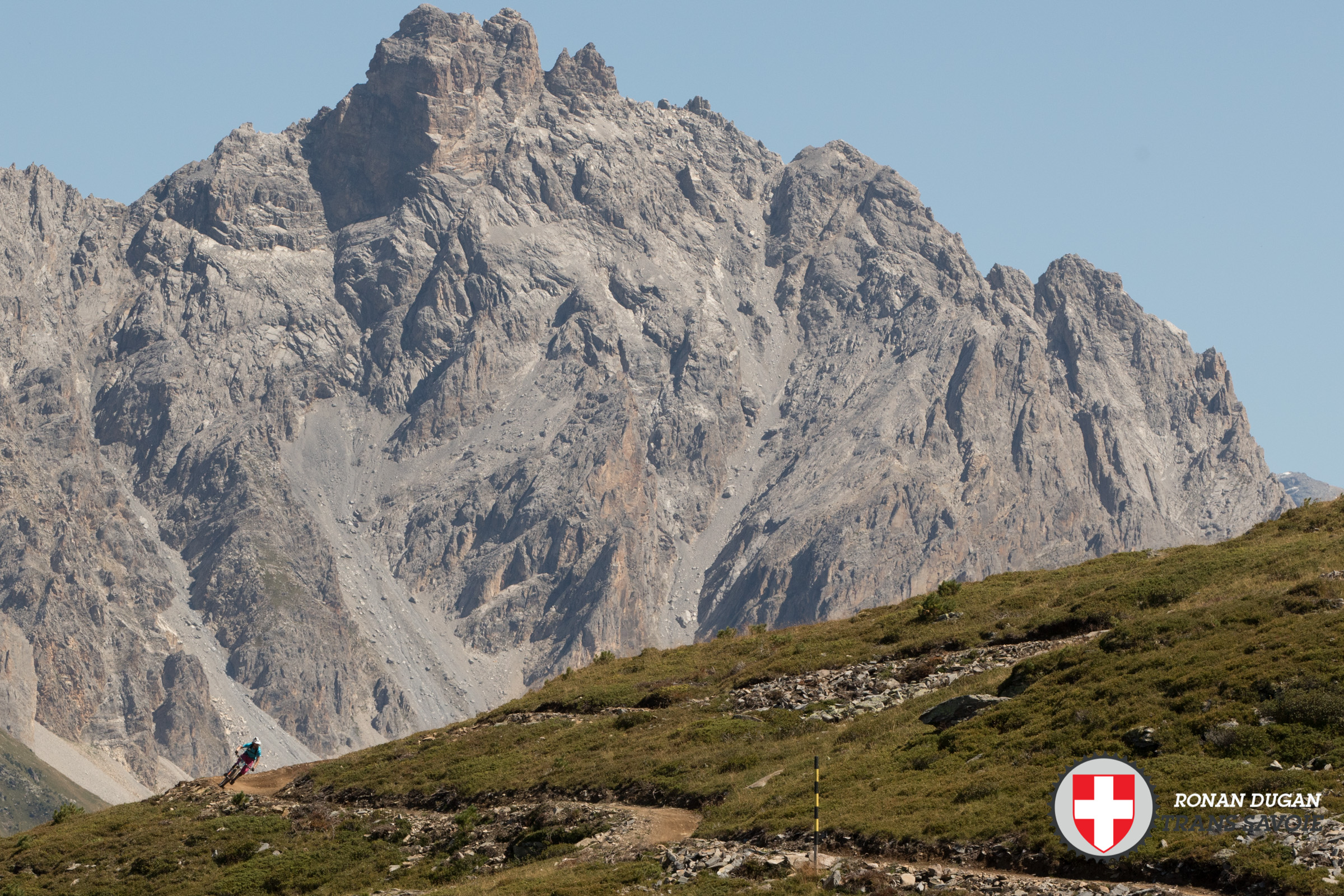 Tomorrow is over in the deep loamy, rooty forest in Beaufort, where the quieter area is home to some incredible, less well-known trails.